BSDS USA
Home Sangha Sharing “The Path of Synchrodestiny – Awakening From the Dream to Find a... 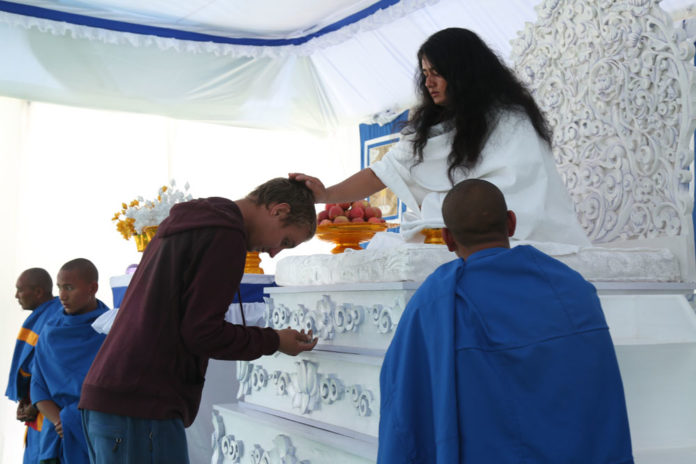 I was at an internet shop on the third story of a small building in paradisiacal Taveuni, Fiji when I awoke to a sudden epiphany. I looked to my left and said to the boy at the computer next to me, “So you are what smells like socks.”

He responded, “Yes, I have been camping in the jungle to save money on guesthouses and I haven’t showered in three days.”

So our conversation began. He told me of how he had visited tropical countries throughout the Third World and had just come from Tuvalu. I asked how he was funding his travels. He told me of how he had worked in many places across the globe. One I found of particular interest to hear about was fruit picking in New Zealand. It was mid November, and, as if by good fortune, a picker’s favorite: the season for cherries was only a few weeks away. A quick online search showed that New Zealand happened to be a much closer destination than my home in Hawaii for a visa run. So, with my visa expiration near, over the next few days I made inquiry with the company, got the ok, and embarked on a trip to New Zealand.

After seven months of working abroad picking various fruits and vegetables, working on an orange tree farm, at a juice factory, and at an environmental organization, I gradually became tired of feeling like a hamster on wheel whose effort was continually futile. Looking for jobs on the internet, I found one in the north of the North Island, so I left where I was in the south. I didn’t get the job, and so I decided to visit a Buddhist monastery nearby, one that I had always wanted to visit but couldn’t find the extra sense or time. I remember now seeing an advertisement on the container of a cargo truck which read, “Fortune favors the bold.”

During the days I stayed at the monastery I found a sense of purpose, having chosen an experience of life based on spiritual adventure rather than material monopoly. My experience there was great, but I was in search of something more. I remembered a Ted Talk by a guy in orange robes: Consciousness — The Final Frontier, by Dada Gunamuktananda. I decided to see where he was studying. After having found Dada on Facebook and been told to inquire at Ananda Marga’s New Zealand ashram, I decided to go. There I found an effort which seemed to be a better fit. Members practised yoga, meditation and plant-based nutrition. After having studied with them in New Zealand and Australia, I knew I had to go into relative isolation to focus and apply what I had learned.

So, I went to Thailand to live and practice. After seven months in Thailand I found myself with more energy and physical health but not necessarily more peace of mind and emotional harmony. By that time I had learned of another swami in orange robes, Radhanath Swami, and his book, The Journey Home. I hadn’t read it but knew it was a story about him travelling to India to find a mentor.

With that and a sense of urgency to find something more, I set out on a quest to India. A few weeks of journeying by bike and bus thorough Burma got me to the Indo-Myanmar border on the east side of India where, after a few days of adjustment and rest, I boarded a train west to India’s capital New Delhi. Upon arrival there I made my way to a bookstore, bought the book, and soon retraced the steps recounted by the author.

New Delhi was interesting. I found new motivation. Pursuing my path based on what the author narrated of his journey 30 years prior, I found myself at a guesthouse kitchen sitting next to a boy holding a new plate of food above his head while chanting some sort of prayer in a strange language. I felt he knew something that I had yet to learn about. He told me his story of coming from the monastic environment of his teacher in Nepal. Years before I had seen video content of this person he spoke of. I was not able then to see the purely practical connection between his self, life, and intention and my own, so I didn’t pay any attention and quickly clicked my way elsewhere on the web.

Little did I know this continual (and supernumerary) series of serendipitous events, collectively composing my recent life of, traveling 80 percent of the globe over a period of four years was specifically designed by something I can’t define. But in place of a better word, language, or method of communication, I will say it (was, is, and will always be) fate or destiny. More aptly, it has been a continual and progressive path whose trajectory becomes slowly but increasingly revealed as a positive final destination.

After six months of adventure, learning, exploring, and surviving in India, I decided to visit Nepal just to make sure I wasn’t missing out on anything, even though my mind was quite sure I likely wasn’t. After the first two weeks from arriving in Nepal, I recall sitting complacently in the beautiful sunlight eating some fresh fruit I had just bought from the market. A bus with a sign across its front window, “Lumbini” caught my eye. My attention kept flashing to those signs and when one came immediately after the other “Lumbini” first read, the next read, “OBEY.” Even though I’ve always been quite good at avoiding doing just that, I thought to myself, okay, okay, I’m going.

I was pleased to adapt to the heat there, which to me was like a free sauna. I remember walking a few miles daily to and from a bicycle sugarcane juice cart while reciting mantras with prayer beads, a meditation practice I had learned in India. After searching and waiting for about a month, I was permitted to visit the monastic environment created by this teacher in rural Nepal – one in the northern foothills of the Himalayas and the other on the plains in the south.

I lived there with the monks, nuns, and lay community. And for the first time in my life, everything started to make sense. Things started to become more clear. I came to realize I had found a family of friends, all of whom were part of the initial stages of a gradual but progressive harmony that I never could have imagined could possibly exist, let alone be a part of, until now.

There came the time when Puja was about to commence and I was asked by Gyemyinde if I was excited to finally see the Guru, having lived there up until that moment for six months in wait. I told her that at this point it didn’t really matter. Through the daily occurrences of coincidental events, which I eventually learned had a moral to their story for me to perceive and gradually integrate, I was keenly aware He was personally involved in my process.

I have never learned so much from someone I’ve never spoken with, watched, heard, or read. I have never felt so much unconditional love and support from anyone in my 26 years of life. His name is (Maha Sambodhi) Dharma Sangha (Gurujiu) which roughly translates to (great leveless) harmony team/community (teacher).

Somehow as slow and stubborn of a learner I may be, I have hope and confidence that He somehow will be able to educate me in the ways of the heart and inspire me to love others more than myself which I guess is what on some level is the teaching I have always been waiting for. How to again become like a child who sees all with a sense of curiosity, wonder, compassion, and active interest in all. If we can be taught to hate, then similarly we can be taught to love. Though I did not let go of my mother’s hand and cried so she’d bring me home on the first day of preschool, here I am on the first days of my journey at the preschool of Maitriya. I am showing up wholeheartedly and excited to gradually become as maitriful as possible for the benefit of all sentient beings of whom I am one.

I still don’t get to be the first one to learn how to balance without training wheels. But in these challenging times, I’m just glad to be alive, well, and learning with the ability to help others do the same. I could have won the lottery every day for the rest of my life and still not felt as lucky as I have been to have found Guru and Sangha. Thank you Guru for sharing with me the opportunity to make a life worth living. One where we all work together with strength and determination towards world peace and the liberation of all sentient beings. Thanks everyone for reading, stay blessed, and maitrify. 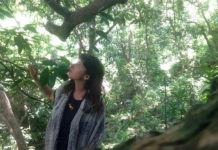 “My Way to the Maitri Love” by Marta