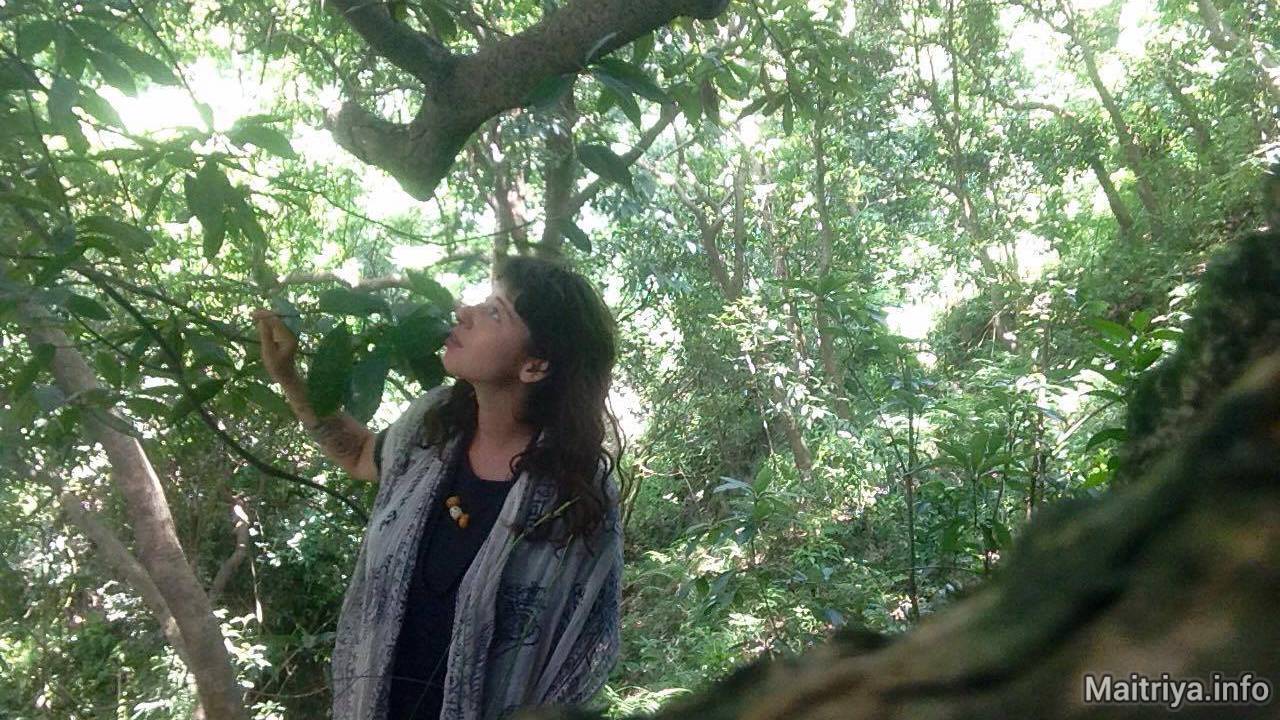 It was March 2017 when the adventure started. I had to leave India because my visa expired and I was trying to find a place in where to feed my soul with spiritual practices.

Even though I had my guru – an incarnation of the divine mother – very close to my heart, it was a long time that I had been feeling as if something was missing. I was really in need to know the divine father, the masculine aspect of the universe in its divine form. Furthermore I was missing a stronger connection with nature. That’s why I had been imagining myself meeting the divine father in the midst of nature. Away from the consumerist society and living in total harmony with Mother Earth.

In those days I received a message from my youngest sister, sying she had flown to Nepal. Last time I saw her was one year ago, so we decided to meet again in Kathmandu.
She didn’t know much about Mahasambodhi Dharmasangha either, but she had watched a documentary.

Foreign eyes could say that we met Maha Sambodhi out of coincidence, just randomly.
But I kind of doubt it. It feels that we were guided.

We were in our way from Pharping to Pokhara when we spotted a banner advertising the last Maitri Puja in Nepal, which happened to have started just one day before. We felt very curious about it, but we didn’t have much information about Guru and we didn’t have phones with us either. So we resolved that the best option was to meditate on Guru’s photo and make a decision afterwards.

Well what I can say is that the vision I got in meditation drove us directly to the Puja site in Kathmandu.

The international team received us with much love and conducted us to the meditation tent. In there Guru was giving blessings to people from all walks of life while international visitors had the amazing opportunity of meditating right in front of Maha Sambodhi from sunrise to sunset and most of the times even longer. The first time I looked at Maha Sambodhi I could see silver sparks all over Him. And every time He blessed someone I could see black smoke coming out of their heads as if Guru were purifying each of us with each blessing. I couldn’t believe what my eyes were seeing!!! I had never seen anything like that before. I might had gone crazy, I thought. I had not option but to sit down and figure out what I was seeing. Well, needless to say, we ended up staying for the 12 remaining days. It was such a blessing just to witness the Guru’s compassionate love every day. In silence without moving from his seat, Guru blessed hundreds of thousands of people. One could feel the Maitri love Guru radiates. It is a love that feels very peaceful, still and unending. And also it’s quite contagious! By the end of the Puja both the Nepali and the international sangha were pure expressions of love, helping each other out, sharing, and caring. It was such a beautiful experience that I wanted more! I was not ready to put an end to this encounter.

Due to the power of manifestation or the power of light and love, I do not know! I ended up living in the Dharma Centre for some time afterwards. That was the most amazing present I had ever received.

The Dharma Centre is an oasis in the midst of this capitalist jungle. It’s a place where one can just be. I spent my days contemplating nature, trying to be one with it and feeling guru in the innumerable ants, dragon flies, infinite stars and tree whispers.

I’m lucky I’m aware how fortunate I was and I am. No one never asked me anything in return but to be Dharmic. And the Dharma was something that was taught through direct personal experience. We – The Sangha – meditated, chanted Maitri mantras and practiced prostrations.

We also started an organic garden and built bamboo and tarp structures to live in during the rainy season. In the Maitri oasis everyone is smiling and ready to give you a hand. I noticed that even the animals behave strangely. The cows spend their time licking each other and the dogs kiss and play in such a lovely way that it’s kind of unbelievable. I had never witnessed anything like that before.

In conclusion my time there made me realise that the best wishes I could ever ask for are to manage to radiate the Maitri feeling at all times and to feel Guru’s love and presence in every aspect of Creation. 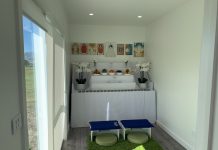